Posted on February 4, 2020 by June Lee MD and Joseph Belmonte DO 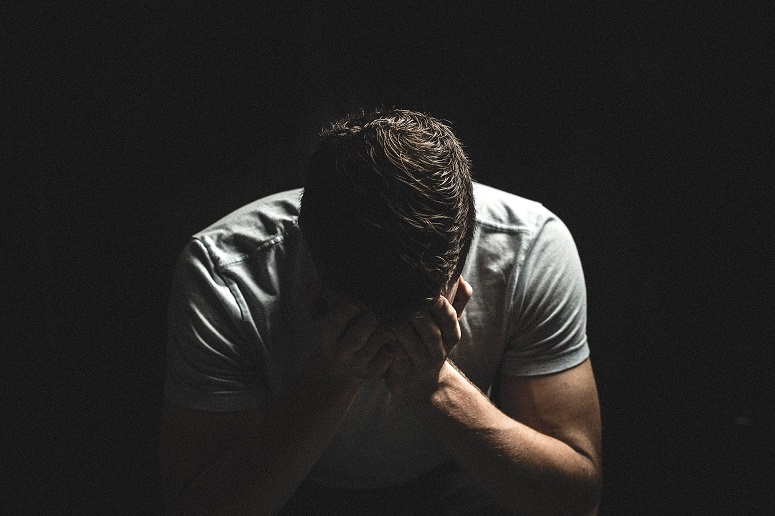 Image by StockSnap from Pixabay

According to the National Center for PTSD[i]:

• About 7 or 8 out of every 100 people will have PTSD at some point in their lives.
• About 8 million adults have PTSD during a given year. This is only a small portion of those who have gone through a trauma.
• About 10 of every 100 women (or 10%) develop PTSD sometime in their lives compared with about 4 of every 100 men (or 4%).
• The number of Veterans with PTSD varies by service era, but roughly 10-30% of Veterans that have been deployed suffer from PTSD.

PTSD has enormous negative effects on psychosocial functioning and quality of life and has led to disability in millions of people[ii][iii][iv].  PTSD is the fifth most prevalent mental disorder in the United States[v][vi].

Thus far, treatment of PTSD has focused mainly on psychotherapy, cognitive processing therapy, eye movement desensitization and reprocessing (EMDR), and management via medications including anti-depressants and anti-anxiety(benzodiazepine) regimens. There are two medications currently approved for the treatment of PTSD by the U.S Food and Drug Administration (FDA): Sertraline (Zoloft) and Paroxetine (Paxil).  The two medications are both Serotonin Reuptake Inhibitors and have the same mechanism of action.  Furthermore, they only seem to produce reduction in symptom severity rather than remission of PTSD symptoms[vii][viii].  Therefore, many psychiatrists have resorted to treating PTSD with other off-label medications which have not been studied adequately for the treatment of PTSD.  Ultimately, many people today continue to suffer from the devastating effects of PTSD.

In 2017, The PTSD Psychopharmacology Working Group made a consensus statement: “It is time to address the crisis in the pharmacotherapy of Posttraumatic Stress Disorder”[ix].  It continued, “Despite this high prevalence [of PTSD] and costly impact, there seems to be no visible horizon for advancements in medications that treat symptoms or enhance outcomes and persons with diagnosis of PTSD.”

Over the past several years, health care professionals have developed new innovative approaches for the treatment of PTSD.  While these treatments are not specifically FDA-approved for PTSD, they utilize FDA-approved medications and/or procedures that can be used off-label to successively treat PTSD.  There are numerous studies that confirm this.

The use of ketamine to treat PTSD was first considered about 10 years ago, when injured soldiers from Operation Iraqi Freedom received ketamine for anesthesia during surgical procedures. The case studies showed that soldiers treated with ketamine had lower incidence of PTSD[x].  A few years later, a case report showed a young veteran with treatment-resistant PTSD showed rapid improvement following a single infusion of ketamine treatment.  He experienced 56% reduction in PTSD symptoms, which lasted for 15 days after one treatment[xi]. Ketamine at these low doses was shown to be safe and well tolerated with no evidence of worsening PTSD symptoms[xii]

In 2014, a randomized clinical trial study analyzed the efficacy of intravenously administered ketamine (“IV ketamine”) for the treatment of PTSD.[xiii] The study found that a single infusion of IV ketamine led to a significant improvement in PTSD symptoms 24 hours post-infusion.  It concluded: “This study provides the first evidence for rapid reduction in symptom severity following ketamine infusion with patients with chronic PTSD.”

Although the precise mechanism is still unclear, there is a hypothesis that people with PTSD might have a stress related “synaptic disconnection syndrome” that results in their symptoms.  In other words, the nerves are not communicating with each other like they used to.  “Ketamine may work as a potential rapid-acting treatment for this disorder that may work, in part, by restoring synaptic connectivity.”[xiv]

Another emerging treatment of PTSD is the Stellate Ganglion Block (also called “SGB”).  The Stellate Ganglion is a bundle of nerves (called sympathetic nerves) located on both sides of the neck.  These nerves control the body’s “fight or flight” response to stress. During periods of stress, such as when a person experiences PTSD, the sympathetic nerves are activated and “fight or flight” signals are sent to the brain through the Stellate Ganglion, resulting in a surge of the stimulating chemicals. This, in turn, causes an increase in blood pressure, heart rate, and feelings of panic and dread.  Stopping the transmission of hyperactive nerve signals through the Stellate Ganglion reduces the surge of norepinephrine and nerve growth factor in the brain—both of which are believed to contribute to chronic PTSD.

SGD has been studied and used as a treatment for certain nerve-mediated pain of the face and upper extremities dating as far back as the 1920s. In the 1940s, SGB was used to treat depression,[xv] and only recently has regained traction in psychiatric therapy. Numerous case reports, case studies, and retrospective studies demonstrate a reduction in PTSD symptoms following SGB.  For example, in 2014, a large study of active duty military patients suffering from combat-related PTSD symptoms indicated a 79% response rate within the first week, 82% response rate at 1-2 months, and 74% response rate at 3-6 months.[xvi]  And the United States Army Medical Research Acquisition Activity currently is completing a multi-centered, randomized controlled study to further investigate SGB’s efficacy at treating PTSD.[xvii]  In short, there is growing evidence that SGB can alleviate certain PTSD symptoms such as hyperarousal, exaggerated startle response, and anxiety.

How is SGB performed?

SGB should only be performed by a skilled physician. The procedure takes approximately ten minutes and is performed under ultrasound guidance for accuracy. At Optimum Ketamine Center, SGB procedures are performed in our AAAASF-credentialed surgical suite by board-certified physicians. The majority of our patients prefer to be administered mild sedation through an IV catheter for the procedure which ensures maximal comfort.

After receiving sedation while lying on the back, the right side of the neck is cleansed with a sterilizing solution. Under ultrasound guidance, the stellate ganglion are visualized, and the skin is numbed. Then, a small needle is passed through the skin towards the stellate ganglion and a long-acting local anesthetic is injected around the nerve bundle with live ultrasound visualization. After injection of the local anesthetic used to “block” the Stellate Ganglion, the needle is then removed, and a small bandage is placed over the neck. Patients are fully awake or slightly sleepy immediately after the procedure and are usually discharged within one hour.

SGB has limited side effects and is relatively safe when administered by a properly trained physician.

What are the side effects?

SGB can have a number of side effects, including:

These effects usually subside within a few hours of the procedure.

Disclaimer:  Dr. June Lee is the Medical Director of Optimum Ketamine Center.  She is a board certified with the American Board of Anesthesiologists and a member of the American Society of Ketamine Physicians.   Optimum Ketamine Center website does not provide medical advice, diagnosis, or treatment.  Dr. Lee’s blog is not intended for medical diagnosis or treatment.  The information provided on this website is intended for general consumer understanding only. The information provided is not intended to be a substitute for professional medical advice.  For medical advice or assistance, readers should consult their healthcare professional.

[ix] Krystal et al (2017) it is time to address the crisis in the pharmacotherapy of post dramatic stress disorder: a consensus statement of the PTSD pharmacology working group.  Biological Psychiatry pp e51-e57

Please fill in the form below to request a FREE consultation from one of our staff members.